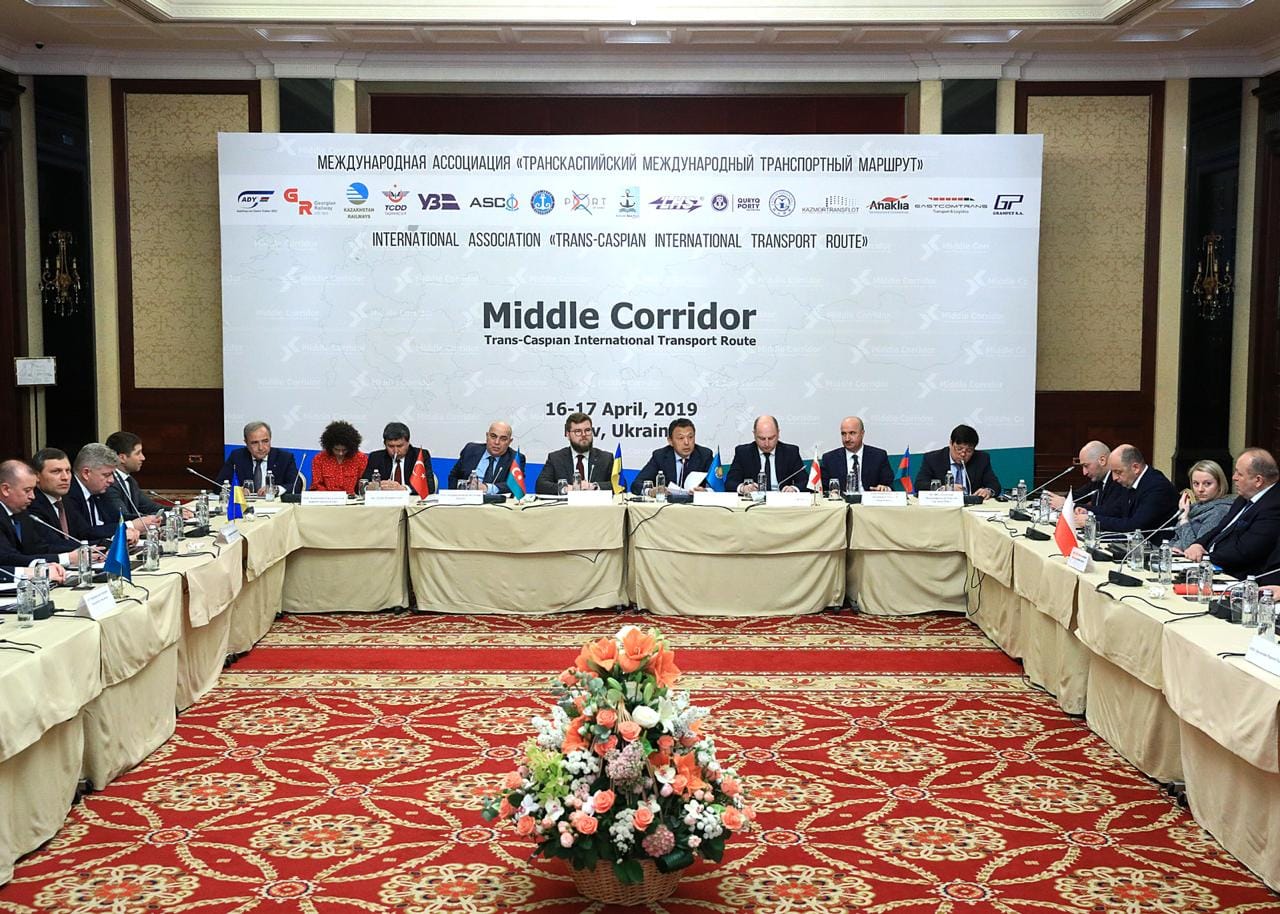 On April 16-17, A meeting of the Trans Caspian International Transport Route Association of the Working Group and  the General Meeting was held in Kiev. During the meeting, the route (middle corridor) report of the 1st quarter, 2019, was discussed.  Were discussed the terms of the reduction, recording and control of the container block- train running.

It is noteworthy, that on April 16 at the Caspian Sea, from the Aktau port to the Baku port was launched the first container ship “Turkestan”, which will run to predefined regular schedule. As a result, the consolidated cargo shipment from China to Europe together with the Kazakhstan export cargo will be implemented even more rapidly.