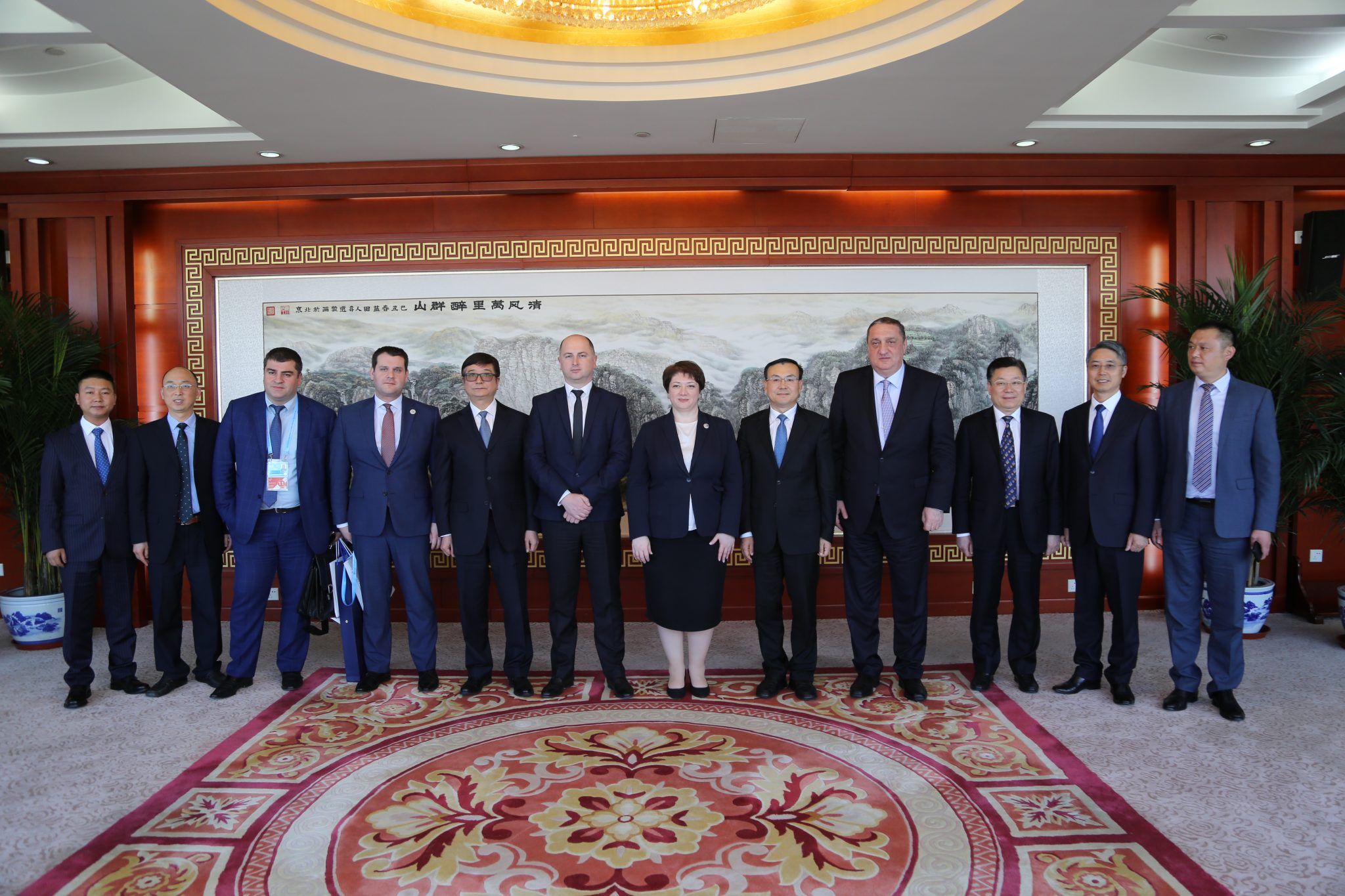 JSC  Georgian Railway  Director General David Peradze, together with the Georgian delegation on a working visit was in Peking, the capital of the People’s Republic of China. Where the 2-nd high-level  forum “one belt, one road” was held.

The delegation was headed by the Vice-Premier of Georgia, Minister of Regional Development and Infrastructure Maya Tskitishvili. The Georgian side was invited by the government of China. During the forum, the leaders from 40 countries and international organizations and up to 5000 representatives of 150 countries have worked out joint recommendations for the development “one belt, one road “.

During the visit, they discussed the cooperation between the two countries. Attention was paid to Georgia’s economic, trade and transportation potential and the state’s approaches and plans in this direction.

Meetings were held with the Minister of Transportation of People’s Republic of China Li Xiaopeng and chairman of China Railway Construction Corporation Chen Fenjian.

The People’s Republic of China and Georgia have achieved significant results, which will promote to the cooperation area expansion and the Georgian-Chinese relations transition to a new level.